ArchLord
ArchLord - Set in the world of Chantra, this game is an epic fantasy mix, featuring lush in game graphics and a soft sensual soundtrack brilliantly scored by the London Symphony Orchestra. ArchLord brings together all the elements that make MMOs so enjoyable but with a unique hook, the chance to rule the in game world and with it receive a range of benefits. ArchLord comes from a pedigree development house and features gorgeous graphics and thrilling game-play. As the name might suggest, the overall objective of the game is to become the ArchLord! That's right! You can fight your way to the top of your game, literally. You can beat off opposition from tens of thousands of other players for the illustrious, extraordinary and unique position of being the game-world's ruler! Imagine your fame or infamy as your name becomes renowned throughout the land as one to be feared. There's a lot of power that comes with the position however, so who will be drawn towards doing good and who will not be able to resist the temptation of tyranny? That's for you to decide... It's time to start discovering who your competitors are and to begin assembling your allies as you might need their help to achieve ultimate domination!
ArchLord is a fantasy MMORPG computer game. On 17 August 2007 the game, along with its expansion pack, Season of Siege, became free to play, with the full game available to download on the ArchLord website. As of writing, the game features two expansion packs.
Since the game became free-to-play, it has gathered a lot of attention. PCFormat released the 206th edition of their magazine with a full version of ArchLord on the DVD supplied with the magazine. Furthermore the traffic on the official website is three times higher than before the change.
One of Archlord's unique features is players being able to compete for the title of Archlord, the supreme ruler of the realm. Only one Archlord can exist per server, reigning for two weeks before he is challenged by other players for the sought-after position. Archlords have access to a castle, as well as control over a dragon mount and the weather itself.
Archlord was met with mixed reviews, with common complaints coming from its constant grinding and lack of variety. This is because the old style "mouse point and click" system of movement in the game is difficult for some users to learn. The beauty of the graphics with the intense attention to even the smallest detail is a strong lure for gamers as is the lovely score.
There are 3 servers: Gaiahon, Brumhart, and Evengarda, each with a different Archlord.
Archlord features three playable races, Orcs, Humans, and Moon Elves on the continent of Chantra. The Orcs, an ancient race, begin their quests in the Village of Golunndo. Humans begin in the first human settlement, Anchorville, and the Moon Elves in Norine. There are three classes in each race with the exception of Moon Elves, which only have two.
Classes:
Orcs: Beserker (melee attacker) (Male)
Hunter (ranged attacker) (Female)
Sorcerer (dark magic) (Male)
Humans: Knight (melee attacker) (Male)
Archer (ranged attacker) (Male)
Mage (magic) (Female)
Moon Elves: (Female)
Elementalist (summoner)
Ranger (ranged attacker)
Basic MMORPG style gameplay. Point and click or A.S.W.D. movement.
Click here for a basic overview of the game.
An ancillary manhwa created by Korean author Park, Jin-Hwan goes by the same name. The ArchLord manhwa was first released in Korea on September 30, 2005. Tokyopop released an English version in 2007.
The Manhwa follows the adventures of a human named Zian and his friend, a half-orc named Ugdrasil, who find themselves in the midst of a thousand year old conflict for control of five mysterious relics known as Archons.
To celebrate the latest Manga releases Codemasters and TokyoPop have got together to offer all players the chance to win one of 25 copies of the second volume of the ArchLord Manga. All you need to do is email your name and address to [email protected] with the subject "ArchLord Manga competition", along with the answer to the following question:
Which of the following is not a Codemasters Online game?
A) ArchLord
B) Rising Damp Online
C) Rising Force Online
Codemasters are pleased to announce that all players will be able to benefit from a Double Drop and Double Experience weekend from 1.30pm Friday 23/11/07 until 1pm Monday 26/11/07 on all worlds.
This is a huge opportunity for players of all levels to make some big steps forward with their characters. Whether you just want to gain levels, build up some money or hunt for rare drops this event is a great chance to do it.
As always the Chantra store will be open enabling players to experiment and find ways of using the Chantra item and double drop/experience event to the maximum of potential.
Codemasters Online is pleased to announce the opening of a new server for the hugely popular free-to-play MMORPG ArchLord. The new world, Evengarda is set to expand ArchLord to unprecedented levels allowing players to create new characters on a fresh new world, all from the same starting level.
To download ArchLord the 100% free-to-play MMORPG visit the game's official website http://www.ArchLordgame.com/ 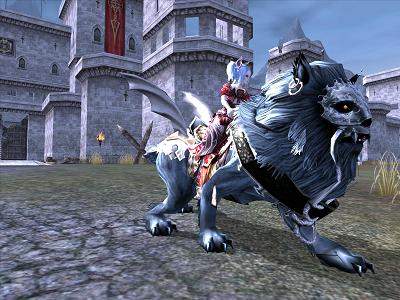 Back to VanGogh's Power-Gamers RPG Vault - Cheap Credits, Platinum, Gold, PowerLeveling, Guides, Strategies
Join other game players in experiencing the excitement as described in fiction right now. We all can appreciate the benefit of having a little extra cash in game to help things move along smoothly, and now you don't have to settle for less. Spend your in game time focusing on doing what you love most - playing. Crush your enemies, impress your friends, become the big cheese of your clan - Choose our world class ArchLord Power-Leveling service and propel your character to new heights of prowess.
Farming for ArchLord gold isn't easy, but you can buy cheap ArchLord gold, powerleveling, guides, strategies, cheats, tips, tricks, exploits, accounts & items on sale. We have revolutionized the exchange of money to ArchLord gold with fast, instant delivery. Purchase ArchLord gold online & power up your character to the next level. Our world class customer service will make sure you are more than satisfied with every purchase. Feel free to contact our 24 hour "Live Support" with any questions you may have.
ArchLord Gold and Power-Leveling Service:
- Gold and PowerLeveling are available on ALL servers, choose from the offers below -
This extra gold is perfect for that quickly needed Item, buying gear for your newly created characters, buying that set of awesome Accessories you've always dreamed of, snatching that goodie you saw on the forums, or for any other reason you might have needed quick cash without the hard work and days of time it takes to collect that much money. We believe that diversity and freedom of choice lead to a more enjoyable shopping experience so feel free to choose from the Featured stores below.